Click numbers on the right hand side to see Different Levels 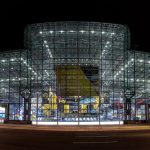 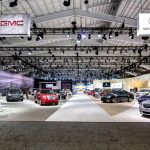 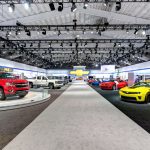 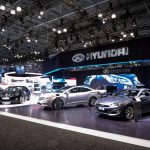 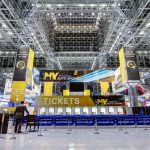 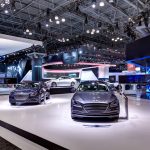 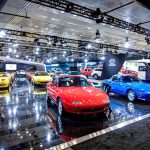 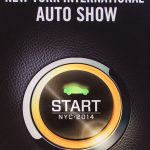 We worked feverishly to photograph the 2014 New York International Automobile show from 10:30pm on the evening of Friday April 18th until 8am on Saturday morning. The end of our labors resulted in 3,560 still images which we processed to create the 290 panoramic view points which make up the virtual tour for the New York Auto Show. This is the largest Google Virtual Tour ever created for the automotive industry.

Hidden throughout the tour are Start Button Graphics which have been strategically placed in front of certain automobiles (see image above). The New York Auto Show is running an interactive marketing campaign which calls for users to navigate the tour to find all of the hidden buttons in order to win prizes!